Viginia Tetrault has no death record, but does not appear with the family in the 1880 census, and so, presumably died. Eliza's death record puts her birth at almost the same time as Virginia's, and so, since it is impossible that Sophia gave birth to both in such a short time, it is presumed that Virginia is Eliza. Perhaps there is some error in the record (highly likely in at least some details), or perhaps a middle name is being dealt with.

Records show Jacques married to Sophi, but the last name of "Sophi" changes a lot. I'm putting together this table to try to make sense of it all. 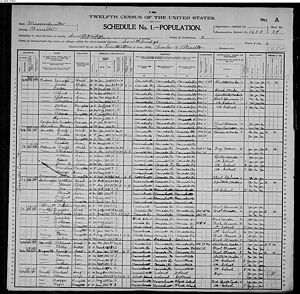