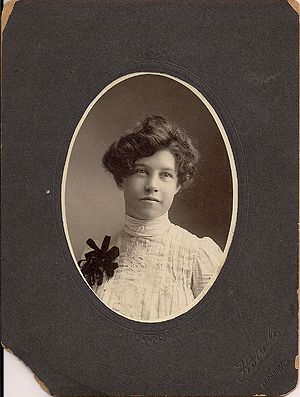 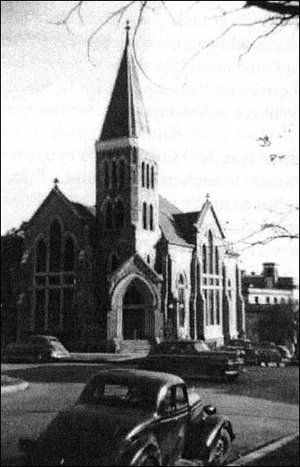 The Austin Cumberland Presbyterian Church. This is the "old rock church", now destroyed, that existed at the time that Paul and Mabel were married

There is some mystery surrounding the change in surname between this generation and the one just prior. As has been related to me (Sean M. Cox) Thomas John Edwards, Mabel's father, is suspected to have run up debts back in England and to have fled to America and changed his name in order to escape his creditors. Some details of the source for this story and any updates will be necessary.

Perhaps it is a bit poetic that Thomas John Edwards, a man robbed of his paternity, and hence, his father's surname; that he would run off and off the surname he received, passing a different one on to his children than the one his mother gave him. Perhaps it is more significant than poetry. An interesting sequence of events, to be sure.